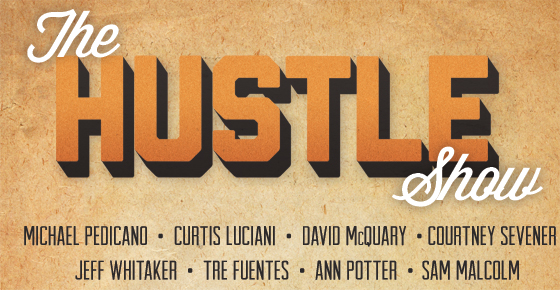 Austin Sketch Fest is here! Who’s that starting of the whole thing? Yep, it’s The Hustle Show, the hit monthly comedy variety show returns to ColdTowne Theater for a special best-of Sketch Fest edition. Before you roll your eyes and say, “I’ve seen it all before” – shut up, there will be some new stuff too. Plus, right after us up and coming sketch group There’s Waldo takes the stage. So what ASSORTED MAYHEM can you expect tonight? (Cool it with the questions. You’re makin’ me nervous.)

To guarantee yourself a seat, pick up an advanced ticket here. BYOB.