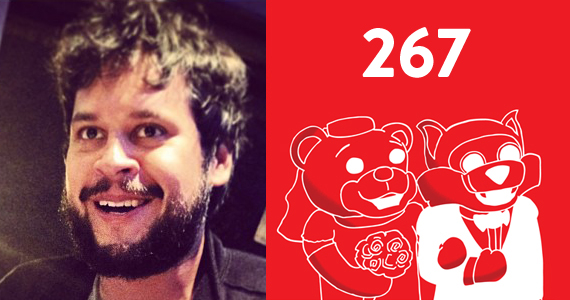 Opener: “Prisoners” by J Mascis and Sharon Van Etten, from the album The Music Is You: A Tribute to John Denver
“Young Lions” by The Constantines, from the album Shine a Light
Closer: “Everyone’s Born to Die” by E.L.O., from the album On the Third Day


Episode 220: Comedian Chris Tellez joins Mac and David at the KOOP studios to talk about Chris’s monthly showcase Shi(r)t’s Golden, the Dallas and Austin comedy scenes, old sports merchandise, hoops, last names and more. Then we close the show with some shameless bro-ing out over Third Eye Blind

The Hustle Show returns to ColdTowne Theater tomorrow, April 12 at 10PM. That’s the good news. The bad news is that two of our cast members are leaving town, Katie Sicking and Ashley Franks. This will be their final hustle. Waaaaah! I hate it!

But we’re going to set them adrift with an awesome show. What do we got? I dunno, how about:

As always the show is BYOB. Every show has sold out so consider getting your tickets ahead of time. And make sure to sigh here, here, and initial here. Okay, everything looks good. Enjoy your show.