Episode 295: Comedian and fishmonger Danny Palumbo joins your podcast lions to talk about winning the Funniest Person in Austin contest, restaurant humor, and more. Plus, a surprise visit from entrepreneur Arthur Truckee. 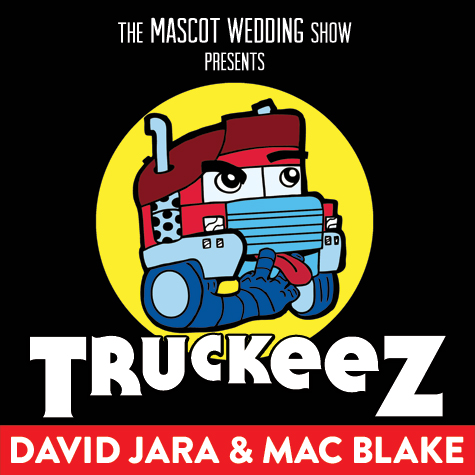 For the first time ever we’re selling something! Now on our bandcamp is a collection of our interactions with one of our favorite characters, Arthur Truckee. Previously only available for people who pledged to a radio station five years ago, this 6-track album is now available for one lousy stinking dollar. That’s it! If you want to sample one of the tracks before committing 100 pennies to it, you may do so below.

Our Scharpling & Wurster love is on full display on this thing and we think that’s great. Enjoy!


Episode 125: Mac returns and talks about his travels. The best and worst H-E-Bs. The awful new Stone Temple Pilots album. Arthur Truckee has some plans for West Texas. Your radio lions had enough for two shows, but they crammed it all into one. FOR YOU!

Opener: “The Mercy Seat” by Johnny Cash, from the album American III: Solitary Man
“Returning to the Fold” by The Thermals, from the album The Body, the Blood, the Machine
“Helpless” by Neil Young, from the album Live at Massey Hall 1971
“Chartered Trips” by Hüsker Dü, from the album Zen Arcade
“Celestica” by Crystal Castles, from their second self-titled album

Episode 109: The fastest thirty minutes in radio is back! Your radio lions return with a quick half-show. Some Valentine’s day ads irk Mac. David would foul Kobe Bryant. Plus a call from Arthur Truckee. This show? All killer, no filler.

Your radio lions are back! The boys talk to a caller about Robbie Knievel, Mac doesn’t get along with waitstaff, some discussion of David’s bold tipping, some Woody Allen talk, and the inevitable confrontation with Arthur Truckee.

Opener: “Silicone Grown” by Faces, off the Five Guys Walk into a Bar collection
“Mad Dogs and Englishmen” by Late of the Pier, off the album Fantasy Black Channel
“Anything You Want” by Spoon, off the album Girls Can Tell
“Look to the East” by Telekinesis!, off their self-titled album
Closer: “Little Honda” by Yo La Tengo, off the album I Can Hear the Heart Beating as One