Keeping in the “going out with a bang” spirit, MW will be doing some live shows before our podcast wraps. Come see our faces explode with sweat, as we fight our respective stage anxieties.

This Friday, June 24th, 7pm at ColdTowne Theater we will be doing our final show with Movie Riot. Every week Movie Riot improvises a never before seen movie from scratch. Last week’s show was a blast. Details here, tickets here.

July 3rd and 4th, David and Mac will once again be teaming with Master Pancake Theater to make fun of the most awfulsome movie ever, Road House. The Road House show is our absolute favorite. We’ll be doing two shows each night, a 7pm and a 10pm. Tickets here.

Friday July 24th, we’ll be doing a live recording for Episode 299 at ColdTowne Theater. This show will be FREE. It has a late start time of 11pm so go ahead and start napping now. 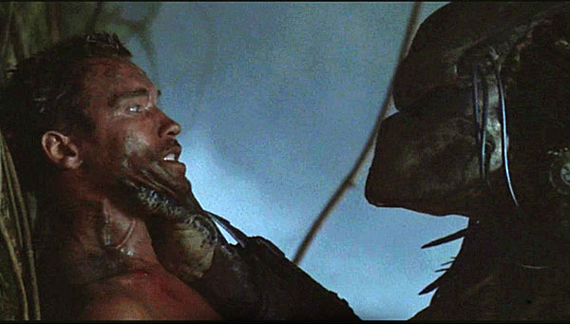 BATMAN FOREVER is terrible. Like, “mutter to yourself about it in the car on the drive home” terrible. But, chances are, you still think about it, probably after watching one of the Christopher Nolan Batman movies. Surely BATMAN FOREVER isn’t that bad, you’ve probably said to yourself. Maybe I’ll watch it one more time, just to be sure. Well, if you’re going to watch BATMAN FOREVER for what we guarantee will be the last time, at least let it be with us.

Mac and David are joining forces with Master Pancake Theater once again, this time to take down this menace to Gotham. Not only have we cut out about 30 minutes, but we’ll be making jokes over what’s left, for what truly is the best possible way to see this movie. It still looks like a drag queen’s funeral, though, but there’s not much we can do about that.

Master Pancake (with Mac and David) will be mocking BATMAN FOREVER Fridays and Saturdays, March 28th through April 19th. You can buy tickets here for each weekend’s shows as they’re made available. The first weekend of shows have already sold quickly, so make sure you don’t miss out on this really fun show.

Independence from Annihilation? That doesn’t make sense does it. Blame Bill Pullman’s character President Jetfighter from the movie Independence Day. Hey, speaking of, did you know that Mac and David are once again teaming up with Master Pancake Theater‘s John Erler to verbally death-ray the 1996 big budget b-movie? Now you do. These shows are running this week only (true). Free admission with a powdered wig (not true). The first showing is Wednesday the 3rd, and all shows are the Alamo Drafthouse Ritz, except a special Sunday show at the Alamo Village. Tickets and showtimes here.

First, the bad news: There will be no Mascot Wedding radio show this weekend.

Now, the good news: You’ll still have opportunities to spend time with Mac and David this Saturday… and Monday??

This Saturday is the final night of Mac and David sitting in with Master Pancake for its run of ROAD HOUSE shows at the Alamo Drafthouse Ritz. If you haven’t seen this show yet, hoo boy, you’re missing out on a very fun show. This movie has everything – oily men, feathered mullets, and rock-hard 80s boobs. And then you’re gonna throw Master Pancake’s quality mocking skills on top of that? Brother, how can that lose? Two shows Saturday at 7pm and 10pm. Tickets available here.

And then, this coming Monday, Mac and David are back together with Master Pancake for a very special secret show at the Alamo Drafthouse Village. How secret? So secret that we can’t even tell you what it is! All we can tell you is that it features child stars, a powerful glove, and all 97 games. One night only, one showing only – Monday at 7pm at Alamo Village – and only three bucks! Plus, special guest mocker David McQuary! Tickets on sale here. 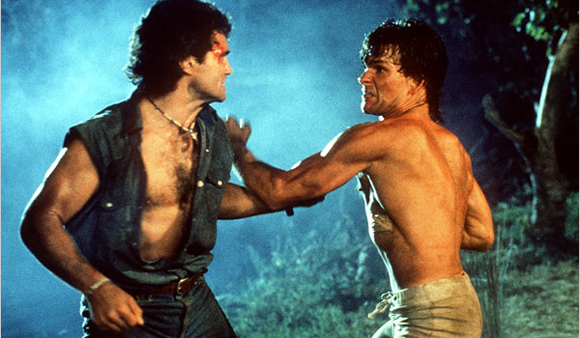 Do you hear that? The sound of a man’s throat being ripped out in the moonlight waters of Missouri? That’s ROAD HOUSE, baby. Mascot Wedding is once again joining up with Master Pancake Theater to mock the Patrick Swayze classic, Road House. Road House is the story of Dalton (Swayze), the best damn Cooler in the business. If you don’t know what a Cooler is, it’s middle management at a bar. But when Dalton accepts the job of cleaning up shitty blues-rock bar, the Double Deuce, will he — fucking who gives a shit — it’s Road House, man! It’s a logic-defying, late 80s, action movie destined to run on cable TV long after our deaths.

Our first shows were actually last weekend (wewps), but you’ll have plenty more chances to catch John Erler, David, and Mac make fun of one of the most awfulsome movies ever.

Bad news though, there will be no MWS this Saturday due to Road Housin’.

All shows at the downtown Alamo Drafthouse Ritz. Nov 16, 17, 24, and Dec 8. Two shows each night. Tickets and times right here.

Five years ago Mascot Wedding had its first collaboration with Master Pancake Theater. Over 100 shows later, John Erler, Joe Parsons, David, and Mac have reteamed to make fun of the sword and sorcery sex-epic that started it all, Arnold Schwarzenegger’s 1982 Conan the Barbarian. All of last week’s shows sold the eff out, so buying your tickets early is a really smart idea. Two shows Friday, two Saturday and that’s it.

As for the show itself? C’mon, it’s Ahnuldt chopping up, sleeping with, and yelling at everything that crosses his path. Seriously, this movie has like 9 beheadings, 4 sex scenes, and one future governor. It’s great! The only downside is that there will not be a Mascot Wedding Show on KOOP this Saturday.

Stag Comedy, Master Pancake Theater, Hot Property, and Mac Blake stand-up are all in action this month. Plus a Mascot Wedding first, an awesome new improv show, and all the details on our Out of Bounds appearances.
END_OF_DOCUMENT_TOKEN_TO_BE_REPLACED

UPDATE: VIDEO JUKEBOXX SHOW STILL ON. FORGET WHAT I SAID EARLIER. SEE YOU ESKIMOS THERE.

Mascot Wedding is doing a lot of different live shows this month, 14 I believe, at various Austin venues and we recorded a micro-podcast to talk about it.

Do not forget, this is TONIGHT:
++Master Pancake Video Jukeboxx II
The movie-mocking formula of Master Pancake gets applied to a whole mess of music videos by a whole mess of comedians, including me + Jara. I won’t tell you what video we’re doing, but it’s pretty great.
TONIGHT 10PM @Alamo Ritz Downtown Tix here.

Mac Blake here. Do you want to see your the Mascot Wedding crew in person? Of course you do. I should shut-up with such a stupid question. Here’s what we’re going to be up to next month.

++Stag Comedy at Coldtowne Theater
We’re bringing our awesome Episode 3 show to Coldtowne Theater on Thursday nights. You’re going to have 3 chances to check it out this month. Seriously folks, this show gets better every time we do it. If you’ve already seen it, it’s worth $5 to see it in friendly + intimate confines of Coldtowne.
Feb 3, 10, 17 @ 10PM. Only $5! Tix+Info here.

++Master Pancake Theater: Robocop
Or Robot-Cop, as I call it. This is a show we’ve done only once two years ago. It went super great and we’ve been hoping to bring it back ever since. Wish granted!
Last two weekends in February, Fridays + Saturdays. Tix and times here.

++Stag Comedy @ Mi Casa es Su Teatro
Mi Casa es Su Teatro is a part of Frontera Fest where shows take place in people’s homes. Man, when is Austin ever gonna grow up and get a haircut, amirite? But seriously, this is gonna be a lot of fun. Expect a best-of show from the Stag Comedy crew.
Feb 5 3:45PM @ 6213 Boxcar Run. Tix are $3

++Hot Property
The sketch-prov collaboration between David & Mac and Nick Ramirez & Lance Gilstrap of Midnight Society will be performing some all new sketch material as part of a larger show put on by Austin sketch team Turn of the Century Paris.
Details are (don’t say sketchy… don’t say sketchy) vague at the moment, but we do know the show is going to be February 12.